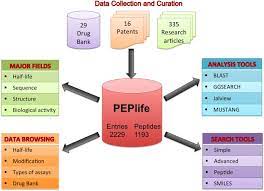 During the biological process known as transcription, a particular DNA gene sequence is copied into a messenger molecule known as mRNA. This mRNA molecule then contains the genetic code for a specific peptide or protein. When the information is read from the mRNA, it forms a single molecule consisting of a chain of amino acids linked together by peptide bonds.

Twenty different amino acids are found in nature, and just as someone can join letters to form words, researchers can also combine amino acids to form an extensive range of compounds. Generally, a chain with more than 50 amino acids is considered a protein. However, “peptide” refers to molecules with between 2 and 50 amino acids. Peptides composed of 2 to 10 amino acids are sometimes called oligopeptides

For a peptide to have an impact, it must first bind to a membrane-bound receptor that is unique to that peptide and that is found in the membranes of the cells that are important. A receptor is a protein that can pass through the cell membrane and has two parts: an extracellular domain, which is where the peptide attaches, and an intracellular domain, which is where the peptide uses to carry out its job after it has activated the receptor by attaching to it.

Peptides are organic compounds that may be found in meals. Most simple peptides are produced due to the incomplete hydrolysis of protein polypeptide chains. On the other hand, nonprotein peptides have also been found in foods. These peptides often have a structure distinct from the peptides produced from proteins. The structural changes these peptides possess may shield them from the activity of peptidases.

Peptides may also be found in meals because, in the past, they have been employed as additives to improve. The quality of foods (for example, as sweeteners, taste enhancers, or bulking agents for drinks with a lower calorie content). Since specific peptides created from the enzymatic hydrolysis of proteins contain functional capabilities superior. To those of the parent proteins, the food industry uses these peptide for many applications.

Peptides have a smaller molecular weight and fewer secondary structures than natural proteins. In addition to a more significant number of ionizable groups and exposure to hydrophobic groups. Based on these observations, the solubility, surface activity, foaming, and emulsifying characteristics of the fragmented protein. May be distinct from those of the intact protein.

There has been some degree of overgeneralization of the word “peptide.” Peptides fulfill specific functions, and some of those functions are more actively pursued and fruitful than others. Peptide come in various characteristics comparable to other components such as retinol and vitamin C. The quality of peptide continues to improve with the advancement of scientific knowledge, so keep an eye on this area. You can find peptides here if you are a researcher interested in performing studies on these compounds. 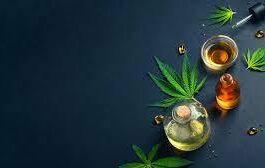 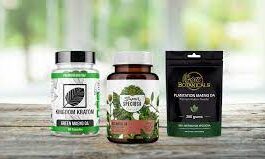 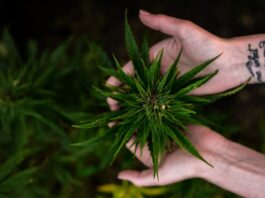 How Do CBD Hemp Flowers Benefit You? Let’s Find Out!