Home Life Style Entertainment Craps: Its history and how to play it 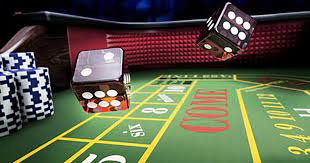 Do you like craps? Are you a fanatic of online craps game? Rare is the archaeological excavation where the dice do not come out. Originally, they were instruments at the service of magic. Later they were part of the table or board games. And today, you can find them promoting with online marketing! 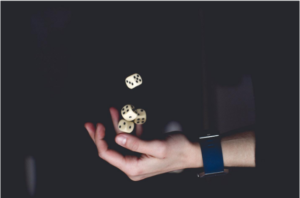 Origin of the dice

Before the Greek civilization, Asian women played dice using the tibia of the lamb or the goat, elongated in shape, whose four oblong faces were numbered to play the money in this way.

The frog bone or softest part of the hoof of donkeys and horses in a pyramidal shape has also been used for this purpose. They were very crude dice, but they performed identical functions to the current dice. They were also made of bronze and stone. At that time the dice was synonymous with the “upper class” game tool.

These old dice only had two flat sides, with separate divisions, and they used to be rounded. Numbers 1, 6, 3, and 4 were marked with dots, while faces 2 and 5 were left unmarked.

The first cubic dice with its six marked faces in history was the tessera made of ivory, bone, or wood. Be that as it may, the Greeks became fond of this game (also the Romans).

How dice were played in ancient times

One of the best-preserved paintings in Pompeii, from the 1st century, shows a group of women playing: already at that time, the rich could bet their entire fortune in a single play, and the poor their own freedom. How was it played? Simply by “mixing’ the pieces in a spur, then spreading them on the surface of a board. The moves had a name: the best possible or queen move was based on each of the three dice indicating different values, this cast was called “move or point of Venus”.

On the other hand, the worst move was called the “dog’s point” and consisted of each dice indicating the same value, contrary to what happens today. There was also the “vulture point”, which was bad, and the winning three sixes; the only move that could not be called “the dog” although each side indicated the same value.

Gambling – the ancestor of the game of craps? 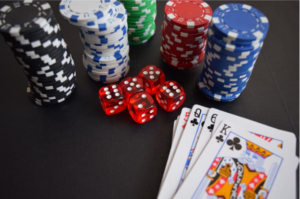 Craps is one of the most popular ones, both in the real and virtual world. It seems to descend from a very old game called “chance”. Beginning with the siege of the castle by Sir William and his crusaders. In the midst of a boring siege, they often spent time with dice, trying to pit their luck between them for some money. However, many scholars believe that the dice originated in an area in Arabia and that it was brought by a number of Arab traders to Europe in the Middle Ages. There is evidence of the existence of dice in Egypt, already 4600 years ago, which may mean that craps was born in the Arab world. On the other hand, the experts are not yet able to associate these discoveries with the game itself, at least for the moment.

In the 17th and 18th centuries

Hazard’s game gained great popularity in England, and in the 17th century, there was not a single tavern where he was not well known. The game was played in luxurious gambling halls and many aristocrats adored Hazard. The French adopted the dice game from its neighbors across the canal but changed the name to distinguish it from the English. The French called it “crabs.” This word defines a loss situation in Hazard when the player draws a 2. Although there is no evidence to support this theory, when people talk about the history of craps, this hypothesis is very often mentioned. Experts believe that the name “craps” originated in America, again as a result of a corruption of the term “crabs”. Hazard arrived in America with the help of British or French pioneers (no one knows which ones brought the game to the New World). Here the game was transported south along the coast and became a popular leisure activity, much like poker.

In the 19th century

At the beginning of the 19th century, the history of the game received a new impetus when John H. Winn simplified craps and invented the modern concept of the game (originally known as the “Philadelphia layout”). According to John Scarne, a prestigious dice maker, John H. Winn is the father of the modern craps game. Winn brought the “Pass” and “Don’t Pass” bets, the “Big 6 and 8” to the game, and it is thanks to him that players can now bet against the “shooter”. He practically invented the rules of the game of dice or craps still used in current casinos, and particular online casinos. The new version of the game not only put an end to the use of trick dice (because now players could bet against the “shooter”) but also made the game even more popular.

Its relation with today’s online casinos 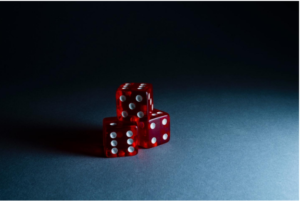 Craps became world famous during the 20th and 21st centuries. In World War II soldiers on both sides played craps to pass the time between battles. The game migrated with the soldiers of the United States to the most distant regions and now there are very few places where craps is not known. Also, many films contain scenes of craps games, which has contributed to the notoriety of craps among the public, now you can watch these movies online. Although in the early 90s, slot machines caused a decline in the popularity of craps, nowadays, thanks to the Internet, the game has managed to reclaim its place in online casinos. Every week, millions of people play craps online. The offer of casinos on the internet being almost unlimited, the choice of the best online establishment to start may seem complicated.

Hopefully this article has provided some clear information on what is behind craps. Thank you for reading and good luck!