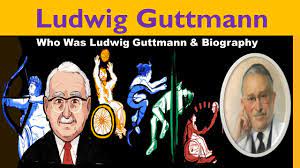 Who Is Ludwig Guttmann?

The legacy of Dr. Ludwig Guttmann

Who Is Ludwig Guttmann?

On July 3, 1899, Ludwig Guttmann was born to an Orthodox Jewish family in Tost, Germany (now Toszek, Poland). After being turned down for military duty for medical reasons, he began the study of medicine at the University of Breslau in 1918.

After earning his MD in 1924, he worked with Europe’s finest neurologist, Professor Otfrid Foerster, until 1928, when he was asked to establish a neurosurgery facility in Hamburg.

Guttmann returned to Breslau one year later when Foerster asked him to be his assistant.. He stayed there until the Nazis ordered all Jews to leave Aryan hospitals in 1933. Ludwig Guttmann was a famous pre-war German neurologist who worked as a neurologist at the Jewish hospital in Breslau before being named Medical Director in 1937.

In 1938, Ludwig Guttmann disobeyed extreme legislation requiring Jewish physicians to treat exclusively Jewish patients by ordering that every male patient entering the hospital be treated. His career would have suffered as a consequence, but he had a lot of opportunities to work outside of Germany due to his rising worldwide reputation.

Even though they spoke no English, Ludwig Guttmann escaped Germany with his wife, Else, and two small children and initially settled in Oxford. While pursuing several research projects, Ludwig Guttmann worked at Radcliffe Infirmary and St Hugh’s College Military Hospital for Head Injuries.

As the war continued in the early 1940s, the government prepared for an inflow of paralyzed personnel and planned to establish a special spinal ward to accommodate them.

Ludwig Guttmann was appointed to lead the National Spinal Injury Centre at the Emergency Medical Services Hospital in Stoke Mandeville, Buckinghamshire when it opened in 1943. He agreed to take the job on the condition that he would be able to use his own beliefs to treat patients without interference.

Ludwig Guttmann was a firm believer in sport’s capacity to transform lives, considering it an essential component of rehabilitation for people with physical disabilities to help them gain physical strength and self-esteem. Patients at Stoke Mandeville were kept active – and sociable – via physical and skill-based activities.

In the hospital, workshops for woodworking, typing, and clock and watch repair were established, and activities like archery, which benefited mental and physical strength, were introduced. Ludwig Guttmann’s first rehabilitation sport was a cross between wheelchair polo and hockey, originally played informally on the wards against physiotherapists before growing into a genuine team activity.

The sport was fully introduced into the hospital routine a decade later, both for its therapeutic and rehabilitative benefits and to encourage patient competitiveness.

Ludwig Guttmann started the Paralympic Games in 1948. He did so because he was convinced of the relevance of athletics in the treatment of paraplegic patients to promote physical strength and a sense of self-respect.

According to Ludwig Guttmann, one of the most important aspects of rehab for people with paraplegia is participation in sports. At Stoke Mandeville Hospital, he pioneered treatments such as physical therapy and ulcer prevention, both of which are being used today.

He was confident that using these procedures would enable patients to regain their physical strength and sense of dignity. Archery was one of the events in the first Stoke Mandeville Games for Disabled Persons, organized by him and took place on July 29, 1948.

In succeeding years, more events were introduced. Patients from other clinics participated, and in 1952 the gathering expanded to include patients from all around the world.

Ludwig Guttmann’s effort to enhance the competitive spirit of sport led to his gaining fame on a global scale. Because of his outstanding performance in the paraplegic games in 1956, the International Olympic Committee bestowed the Sir Thomas Fearnley Cup as a token of their gratitude.

He was finally able to realize his dream of an international competition that was on par with the Olympics in 1960 when the International Stoke Mandeville Games were staged in Rome at the same time as the official Summer Olympics of that year. It was around this time that the Paralympic Games were established.

After founding the Paralympic Games,

Ludwig Guttmann created the British Sports Association for the Disabled in 1961. This organization is now known as the English Federation of Disability Sport. Between 1968 and 1979, he presided over this organization as President.

He also established the International Medical Society of Paraplegia during this same period, eventually becoming the International Spinal Cord Society. He led this organization as its President for nine years. In addition to this, he was the inaugural editor of the magazine Paraplegia, which later changed its name to Spinal Cord.

Ludwig Guttmann was awarded a great deal of recognition due to the exceptional quality of his work. In 1950, he was honored with Officer in the Order of the British Empire (OBE).

See also  What is the craigslist maine

After waiting another year, he was finally promoted to an associate officer position in the venerable Order of Saint John. In later years, he was honored with the rank of Commander of the Order of the British Empire (CBE), and in 1966, Queen Elizabeth II bestowed upon him the title of knighthood.

Ludwig Guttmann developed ground-breaking advances in the treatment of spinal injuries due to his research and his social commitment. As a result, he assisted many patients by enhancing their physical health and facilitating their integration into society. His enthusiasm and commitment revolutionized the disciplines of neurosurgery and neurorehabilitation, resulting in treatment paradigms that are still used today.

Ludwig Guttmann started his investigation into Paraplegia in England, where he also put up several novel approaches to the problem. It was one of the first official competitive sports events for wheelchair users when he organized a 16-person archery competition for disabled war veterans in 1948.

The event was one of the first official competitive sporting activities. They raced against one another using wheelchairs at a hospital for rehabilitation located north of London. The celebration took place in the third year after the Second World War.

The competition was organized again in 1952.

Contestants came from the Netherlands. As a result, a worldwide movement had its start at that time.

He planned the games to be held on the same day as the opening ceremony of the London Olympics and were called the Stoke Mandeville Games. All individuals suffered spinal cord damage. Sir Ludwig Guttmann coined the phrase “Paraplegic Games” to inspire the patients under his care to compete in competitions held at the national level.

These competitions eventually became known as the “Paralympic Games,” which changed their name to the “Parallel Games” as they expanded to accommodate athletes with a more comprehensive range of impairments.

Joan Scruton, a former secretary-general of the British Paraplegic Sports Society who worked with Dr. Ludwig Guttmann for 35 years, was one of his closest collaborators. She was also one of his patients. In a piece written in his honor on the occasion of his 80th birthday, Dr. Scruton, who was there at the very first Stoke Mandeville Games in 1948, was mentioned.

Dr. Ludwig Guttmann organized the inaugural tournament for wheelchair athletes, dubbed the Stoke Mandeville Games. On July 29, 1948, the day before the Opening Ceremony of the London 1948 Olympic Games, marking a watershed moment in Paralympic history. They included 16 wounded military members who participated in archery.

He won various honors for his achievements. The most notable of which was a knighthood from Her Majesty the Queen in 1966. Paralympic athletes are being adequately famous for their abilities and accomplishments. The Paralympic Games continue to be a driving force in promoting the rights and independence of individuals with disabilities. With long-term consequences for fair treatment and opportunity.

The legacy of Dr. Ludwig Guttmann

ISMGF President Ludwig Guttmann, the “Father of the Paralympic Movement” and a crucial contributor. To the development of spinal injury treatment, was elected in 1961. And helped establish the British Sports Association for the Disabled (BSA).

Ludwig Guttmann was decorated and earned the OBE and CBE from the Queen when he resigned in 1966. He continued to travel and talk about spinal injuries all over the globe. And it was he who spearheaded discussions with the IOC on the usage of the name “Olympic.”

On March 18, 1980, Sir Ludwig Guttmann died of heart failure caused by a previous heart attack. Although he did not survive to see his work completed. His legacy lives on via the National Spinal Injuries Centre at Stoke Mandeville and the Paralympics. His advances in the treatment of spinal injuries revolutionized the discipline. And his work continues to influence clinicians all around the globe.