Home Celebs Hollywood Underrated Shows that you should Watch 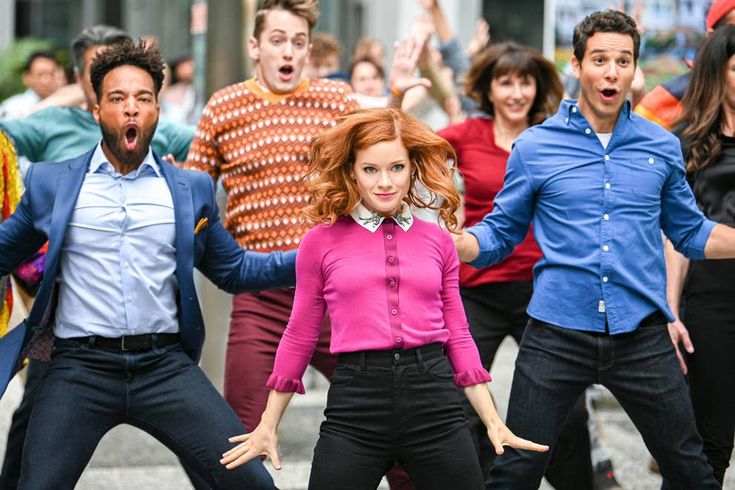 Underrated  Whenever we’ve had a long day. The first thing that we want to do as soon as we get home is to watch something on TV or the internet. However. The difficult part is when we cannot decide what we want to watch. For that. You could head on to any streaming platform such as Netflix. Amazon Prime. and Disney+ and you can stream whatever you like. If you like streaming shows and movies. We would suggest looking into Xfinity TV packages since they give you many options and content to stream.

Here are some of the shows that you should watch the next time you feel like watching something captivating.

A Series of Unfortunate Events on Netflix

The show focuses on misery but with a lot of hope. A Series of Unfortunate Events can be streamed on Netflix. Although it has a movie as well starring Jim Carrey, the movie was only based on the first three books of the series. The Netflix series, however, focuses on all thirteen books of the series. In the series, Neil Patrick Harris instead of Jim Carrey who plays the role of the infamous Count Olaf plays the antagonist. A Series of Unfortunate Events is a story about three orphans called the Baudelaire orphans and how their parents perished in a fire, leaving behind a huge fortune them. Count Olaf is an associate of their parents’ and he tries his best to be their legal guardian so that he could get that fortune. In the process, he murders all the potential guardians of the orphans. The story is very captivating indeed and one of the best things is that none of the books, or episodes, has a successful conclusion and the series lives up to its name, which is “A Series of Unfortunate Events”. However, regardless of whatever hardship the Baudelaire’s are put through, they find a solution and move on.

Bates Motel was released a couple of years ago and it is one of Freddie Highmore’s best shows other than The Good Doctor. The show is a contemporary prequel to Alfred Hitchcock’s famous Psycho and in this. We finally find out how Norman Bates turned into the person that he was and why and how did he start blacking out. It also explains his obsession with his mother and how he has a hard time associating with people. Especially after he starts having blackouts. The thing about Norman is that he blacks out and he ends up murdering people and he does not realize that after he is back to his senses. Freddie Highmore plays Norman Bates and Vera Farmiga plays his mother. Norma Bates and both of them have done an insanely good job at portraying the characters. Giving all the thrill they possibly could in the series.

With other shows like The Office and Friends, Brooklyn Nine-Nine becomes overshadowed because of them. Brooklyn Nine-Nine is one of the best comedy sitcoms to watch even though Brooklyn Nine-Nine has now ended. You can stream the show online and the best part is that each episode is about 20 minutes long on average. Which would make it a lot easier for you to binge the show. The show is about the fictional 99th precinct in Brooklyn New York and revolves around the story of a detective named Jake Peralta and his relationships with his colleagues a Sergeant and a Captain of the precinct. Underrated The show also tackles a lot of social issues and makes sure that the comedy element is still intact.

Daredevil Underrated was very hyped up when it first came out and it can easily be called one of the best Marvel shows ever. The show is about “The Man Without Fear” and focuses on the story of Matt Murdock. Who gets into an accident at a young age and goes blind but his sense of hearing and smell is extremely heightened. Though Matt is a lawyer by profession at night he becomes the Daredevil and he protects Hell ‘s Kitchen from different threats especially the Kingpin. Wilson Fisk. Daredevil had an amazing storyline and it had the kind of action. Which would have you on the edge of your seat. It shows the different hardships that Matt has to go through to protect his friends from harm as well. This is why spoiler alert when Matt Murdock made a cameo in Spider-Man No Way Home. Everyone lost their minds with all the excitement since he had made a return as Daredevil. You can currently stream Daredevil on Disney+ and enjoy all the episodes.

Some shows that were either Underrated or now don’t have just as much recognition as they used to. However if you do plan to watch some shows to blow off some steam and relax. Then you should watch these shows.

Improve the Quality of Your Image Using Video Streaming Camera