Home Celebs Sports What to expect from Lionel Messi in his second season at Paris... 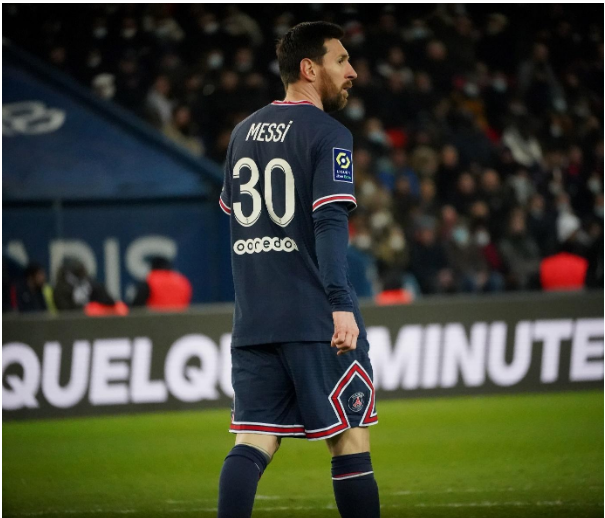 The brilliance of Lionel Messi has yet to be seen by many on French borders since the little magician arrived at Paris Saint-Germain last season. The Argentina captain, who left Barcelona after a 15-year association with the Catalan club, certainly took his time to settle in at the Parc de Princes, managing just five goals in Ligue 1. Having turned 35 over the summer. He’s far from his peak in terms of athleticism and fitness, and while he’s maintained that unique dribbling ability and avoided any serious injury, a drop-off in pace has allowed Messi to reinvent himself as more of a creator. Please This content is very high quality content: sky bri twitter

We saw during perhaps his best years at Barca Messi occupying space as a false nine. Dropping between the lines in Pep Guardiola’s swashbuckling system that saw two Champions League titles head to the Nou Camp in three years. And while the days of skipping past five defenders in trail-blazing fashion before slotting the ball home are behind him. Messi can still create from deep as well as find the back of the net from more familiar positions inside the final third.

While his maiden campaign in France was one overshadowed by his stats — or lack thereof — Messi showed moments of excellence, particularly in the Champions League, a competition that continues to elude the Parisians despite their standings as favourites when it comes to making a football bet.

Things have changed in Paris over the summer. While PSG captured another Ligue 1 title. Messi’s compatriot Mauricio Pochettino was relieved of his duties in the dugout. Replaced by new manager Christophe Galtier. The French boss won the title with Nice and while he’s not the most ambitious appointment. The 55-year-old arrives to instil discipline to a side in desperate need of it. It’s often stated that PSG players have the running of the dressing room. And balancing so many egos and personalities is certainly no simple task. The likes of Carlo Ancelotti. Unai Emery and Thomas Tuchel have all failed to take the side to the next level. But with Messi leading the line, Galtier’s job has been made easier.

Messi’s sophomore year got off to the perfect start with a goal in French football’s curtain raiser the Trophée des Champions. PSG cruised to a 4-0 victory against Coupe de France winners Nantes, with Messi opening the scoring with a delicate finish after rounding Alban Lafont in the 22nd minute. A successful summer, picking up man of the match in the Finalissima for Argentina after beating Italy at Wembley, served as a turning point in the 35-year-old’s fortunes, and after winning the free-kick for Neymar to convert beautifully, you could instantly see his confidence restored.

Even in the absence of Kylian Mbappé. Ruled out through injury. PSG found winning against domestic opposition relatively easy. And Galtier praised the chemistry between Messi and Neymar after celebrating victory.

“Leo and Neymar, these are players who have known each other for a fair few seasons,” he said. “they have played together elsewhere, and have rediscovered each other last year – they have a real technical link.

“In all modesty.  I am not surprised by what the attackers have done with the support from the wings and the midfield.”

The next step for Messi will be replicating these performances week in and week out. As well as helping PSG improve on their efforts in Europe. A tough defeat to eventual champions Real Madrid was valid enough for their exit last season. But Galtier simply has to produce if he is to keep his job at the Parc de Princes. Read more: sky bri reddit